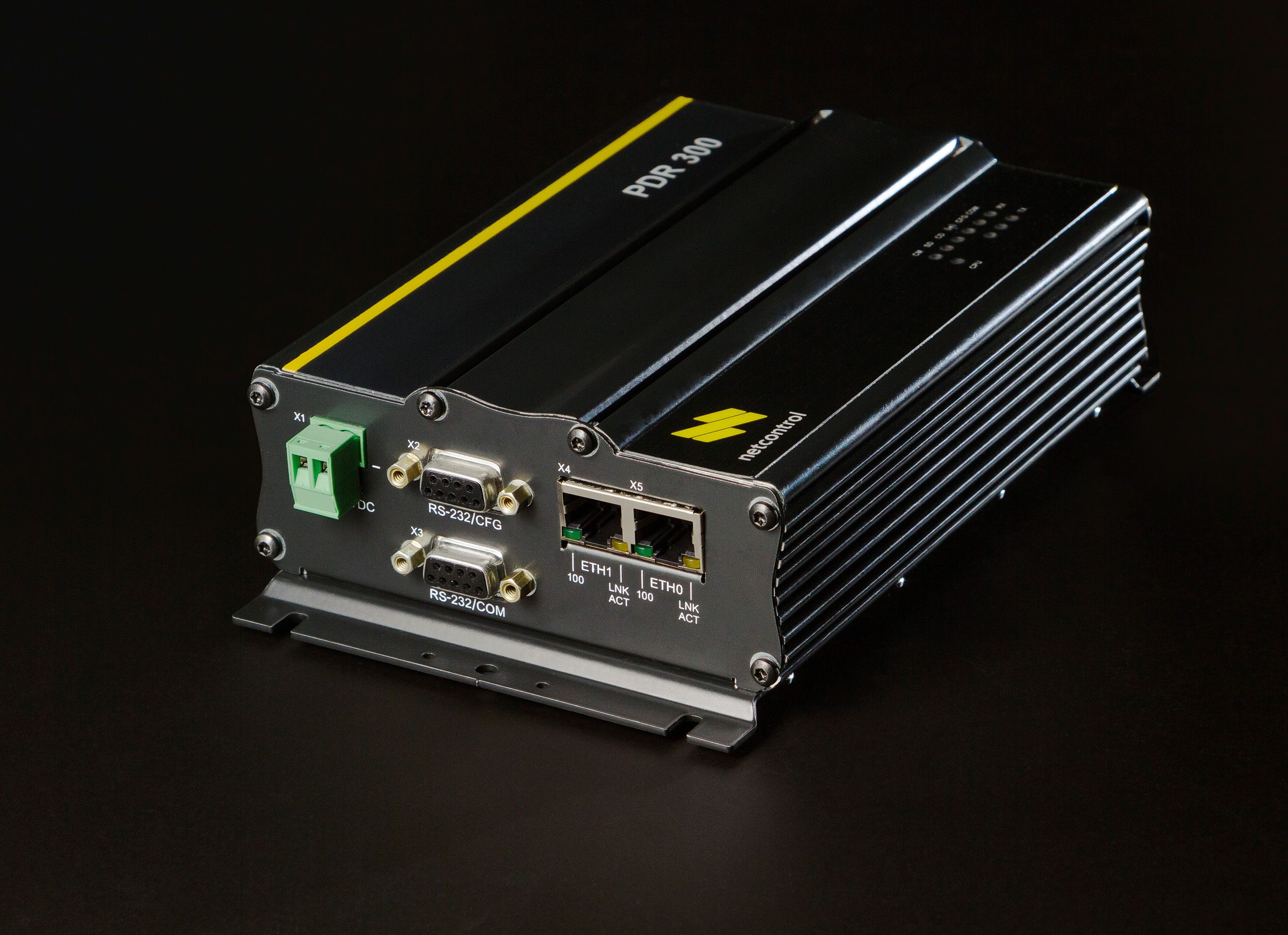 The Netcon PDR 300 is Netcontrol’s next generation VHF/UHF digital radio for remote monitoring and control applications over large areas. It runs the Linux OS, and application SW options allow it to be used in various kinds of networks and roles.

Thanks to its outstanding receiver sensitivity and a repeating technology that allows as many as seven hops from radio to radio, the PDR 300 can communicate over long distances. There are working PDR systems in the VHF spectrum communicating over distances of up to 50 km and in the UHF spectrum, reaching up to 30 km.

The PDR 300 offers the frequency range options VHF 135…175 MHz and UHF 400…470 MHz. The 40–70 MHz tuning range gives users some leeway and allows a very wide separation of duplex (separate Tx and Rx) frequencies. The power output can be set anywhere between 1 mW and 5 W. The sensitivity level can also be adjusted to suit noisy en­vironments, and the channel spacing can be configured to either 12.5 or 25 kHz.

The PDR 300 offers 128‑bit XTEA encryption, which makes it much harder for outsiders to listen to or tamper with the radio network.  The radio also features forward error correction with bit interleaving to bolster its immunity to interference. This enables it to recover data packets with up to 30% corruption.

An RTU, IED, concentrator or SCADA connects to the PDR 300 via either a standard RS‑232 serial port or an RJ45/Ethernet interface using a Virtual port that tunnels serial data within TCP/IP or UDP/IP packets. The serial-interface speed is adjustable between 600 bps and 115200 bps, and the Ethernet port can handle both 10 Mbps and 100 Mbps communication. Configuration parameters of the PDR 300 are accessible via a serial or SSH connection (even remotely) from a PC running a standard Windows-based terminal program. Non-intrusive diagnostic features as well as built in survey and test functions are available via the same routes.

The PDR 121 software makes the Netcon PDR 300 a transparent serial data radio. It routes messages in a given protocol according to the protocol‑specific addresses embedded in the messages.

Running this software, the PDR 300 is backward-compatible with the PDR 121 v2 and PDR 121 radios.

The PDR 121 software supports up to 6 repeaters, or 8 radios in all, along one radio path. Besides point-to-multipoint, it is capable of peer-to-peer communication: any one radio can message any other in the network. For unsolicited messaging, the PDR 121 features a con­figurable collision avoidance technique, which optimizes channel usage. The system frequency can also be changed remotely from the master radio.

The remaining software options are for use in System NM networks and make the Netcon PDR 300 compatible with previous RNI 12, RNO 401 and RNO 501 radios.

System NM consists of a central radio network concentrator, the NM-CCU, usually having an RNI 12 radio, and a number of  remote RNO radios, integrated into remote switches, reclosers or circuit breakers. What makes the system efficient is event‑driven communications: The remote radios communicate with the central NM‑CCU only when any of their status points have changed or a status update is requested by the master. Thanks to the absence of idle polling, radio bandwidth is preserved and the system made more scalable. System NM messages are also more compact than those of most other protocols.

The System NM software options below support up to 4 repeaters (6 radios) per path.

The RNI 12 software speaks System NM, with no protocol conversions. It is therefore used in the central NM‑CCU, which can itself convert protocols to talk with the SCADA, or in legacy System NM remote devices (those with the “T1” or “T20” panel).

The RNO 501 software is designed for connecting a DNP3-protocol RTU/IED to a System NM network. The software communicates continually with the slave DNP3 device, converts the protocol and then sends the messages to the NM-CCU using the more efficient System NM method, avoiding the lengthy DNP3 messages on the air. At the NM-CCU, the messages can be converted back to DNP3 or to another SCADA protocol, such as IEC-101 or IEC-104.